Allen looked at the excited Fleischer, regardless of the loud gunfire outside, and curiously said: “Freischer, test what changes you have now!”

Fleischer tested his abilities in this small cave, then he showed great strength, speed and agility greatly improved, but the key is that he can actually launch spider webs and have the ability to climb walls!

Fleischer hung on the wall, looked at Allen and curiously said: “Allen, what does this thing have to do with Spider-Man? How can it be so similar in ability?”

“I picked it up from Spider-Man. It seems that it has fixed Spider-Man’s ability!”

Fleischer turned his head down, looked at Allen gratefully and said:

“Thank you Allen, if it weren’t you, I would die here, let alone regain my legs!”

Hearing this, Allen shook his head and replied: “Well, it’s not the time to talk about this, let’s get out now, and I have another task. I don’t know if that person is dead?”

“Yes, Mr. Stark was also kidnapped. He is our protected person. We have to save him!” Through the uniform transformed by the dark venom, Allen could also feel Fleischer’s eagerness.

Seeing that Fleischer was so loyal to the task, Allen couldn’t say much, but felt that Fleischer’s participation in the army had changed a lot this time.

The two had just walked out of the cave, and they saw a terrorist wearing a felt hat and a rifle in his hand ran over.

Seeing the two suddenly appeared, the man immediately stopped, raised his gun nervously at the two, and screamed in his mouth.

This time without Allen’s shot, Fleischer in a black uniform suddenly shot a spider silk on his wrist, which accurately stuck the rifle in the hands of the terrorists and dragged it out.

While the terrorist was still in a daze, Fleischer unfolded too much faster than ordinary people, rushed over, and broke his neck!

Seeing Allen’s astonishment, Fleischer said in a low voice: “Allen, the lives of these terrorists are not worth cherishing. They attacked villages, massacred and killed civilians, and their hands were covered with innocent blood!”

Allen shook his head and said: “I don’t care about this, I’m just wondering how you mastered your abilities so quickly!”

Fleischer shrugged his shoulders and relaxedly said: “I don’t know, but I feel like I am born to be average. There is no lag in using these abilities, it may be the abilities brought by this uniform!

In fact, it is an alien creature!

However, Allen didn’t say anything, so let’s explain it to Fleischer in detail when I have time.

Next, the two killed the terrorists in the cave with ease, and the originally noisy gunshots in the front gradually stopped. After turning a corner, the two had been in the dim light of the cave. After seeing a touch of sunshine, it turned out that the two had reached the last open area in front of the hole.

But the scene before them made the two of them a little stunned. A group of terrorists surrounded a middle-aged thin man who was kneeling in the middle and yelled and cursed, while the middle-aged man held his hands high and trembled, but his face was decisive!

At this time, a bald terrorist raised his rifle and aimed at the middle-aged man’s head, ready to execute him on the spot!

The sudden appearance of Allen and Fleischer made everyone stunned, and they looked at each other suddenly, but at this moment, Allen strangely felt that Fleischer’s state beside him was not right.

Allen was surprised to see that the venom symbiosis on the surface of Fleischer’s body began to boil, his breath began to change, and he became mad!

“Fleischer, what’s wrong with you!” Allen was shocked.

“It’s him, it was the bald head that made me so, my legs hurt!” Extremely painful hatred came from Fleischer’s mouth.

As his words fell, the venom symbiote could no longer be controlled, and it suddenly boiled violently, and Fleischer’s height began to soar.

At this time, Allen thought of the characteristics of this black life, which can strengthen the host’s combat power, heal the flesh, but will disturb the host’s spirit, making him manic and murderous!

Allen immediately shouted eagerly and said: “Freischer, control your own emotions, don’t be manipulated by it!”

But it was too late. Soon, Fleischer became a monster with sharp teeth on his face, long scarlet tongue, hands and soles of feet turned into claws, more than three meters tall, and a huge burly monster appeared!

The change in this scene stunned everyone. Fleischer, who turned into a monster, exuded a violent atmosphere, and without any hesitation, rushed towards the terrorists ahead.

The rapid speed made these terrorists who were not stronger than ordinary people unable to respond at all. The huge black monster grabbed the bald neck without giving him any chance to beg for mercy. Fleisher gave him his life. The head is screwed down!

Seeing this scene, everyone else was frightened, raising the gun in their hands and shooting frantically at Fleischer, but the flying bullet did not injure him, but caused Yin Sen to kneel. The thin man on the ground screamed in pain.

And Tony Stark wrapped in his newlly invented Iron-man steel armor suit, came out from the depths of the cave on the other side. Allen could hear Tony Stark speaking, and it seemed that Iron Man was about to step onto the stage.

Seeing that Ho Yin Sen, who had saved his life and used his life to delay time, was shot to death like this, Stark was outraged.

But Fleischer didn’t pay attention to him. The huge monster seemed to have lost his mind, but was slaughtering the terrorists who had hurt him madly.

Blood, stumps and broken arms were splashing around, and Allen opened his mouth unbelievably. He didn’t expect that once the Venom Host ran away, he would become so violent and brutal!

Iron Man suddenly rushed up, and the heavy armor knocked the monster that Fleischer had turned out of the cave.

And Stark did not show weakness, his heavy iron fists were constantly swinging, fists to the flesh!

But Fleischer didn’t seem to feel the pain, and suddenly raised Iron Man and threw it on the ground, roaring in his mouth and riding on it, frantically attacking Iron Man under him, and Stark wearing the steel armor just couldn’t fight back now!

Seeing that the situation had become like this, Allen hurriedly stepped forward to stop him, otherwise Stark might really be beaten to death by Fleischer!

Allen rushed to the frenzy Fleischer’s side, grabbed his body, and threw it out with force, Fleischer unable to resist the huge force, flying in midair was shocked.

After adjusting the landing posture, Fleischer who rolled and fell on the side wanted to rush up again, but he didn’t expect to be pressed to the ground by Allen.

At this time, Stark, who got up from the ground, took advantage of the opportunity to use the flamethrower on both arms to spray a fierce flame on the struggling Fleischer.

Stark’s behavior angered Allen. His act of taking advantage of the danger not only threatened Fleischer’s life, but this fierce flame even enveloped Allen.

Annoyed, Allen sent a ka me ha me ha attack, which directly dissipated the flames, but the scattered flames fell on the weapons belonging to Stark Industries around the terrorist cave base.

Allen was angry at Stark’s behavior and dragged Fleischer away directly, not caring about Stark’s life or death.

Soon, the two landed in front of S.H.I.E.L.D. squad led by Phil Coulson, who saw the big bang happen. Seeing the black monster that was constantly struggling in Allen’s hands, everyone was shocked.

“What is this!” May looked at the ferocious venom with alert, and asked Allen. 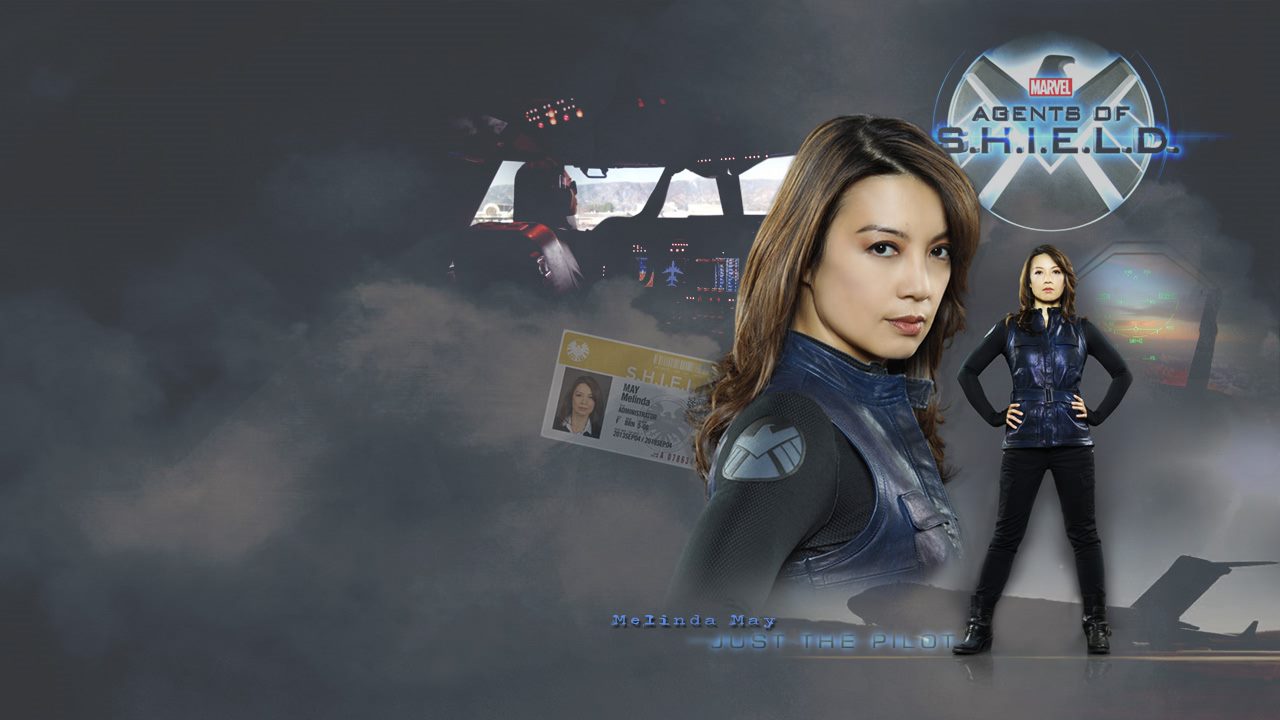 Allen was troubled by Fleischer, who was struggling constantly, and could not think of any other way for the time being, so he directly punched him in the head, and immediately the whole world was quiet.

“Where is Stark!” Coulson asked eagerly.

At this moment, Allen heard the movement behind him, turned his head to look, and a man in iron armor flew into the distance with billowing smoke from his feet.

Looking at this, Allen pouted and said: “Isn’t it?”

At this time, several helicopters flew in the distance. May glanced at it and directly said: “It’s a military helicopter!”

Soon, the helicopter flew over the crowd and flew in the direction where Stark fell.

Coulson froze for a moment, then relaxed his expression and said: “It seems we don’t have to worry about Stark!”