Mark went to his room, and start waiting for Bobby to return.

In a meantime, Mark start checking his system.

When Mark touched enter into the ability card, he found some new option.

[Turn into Innate ability] [Discard] [Give it to others]

Mark really got surprised after seeing this.

If this is true, then I can just make my team of super villains and superheroes.

Mark has never thought about becoming a hero. Because even God can’t fulfill all the wishes of human.

If he really has to work as a hero, that will be just for money.

Joker quotes are his motto: “If you are good at something, never do it for free.” 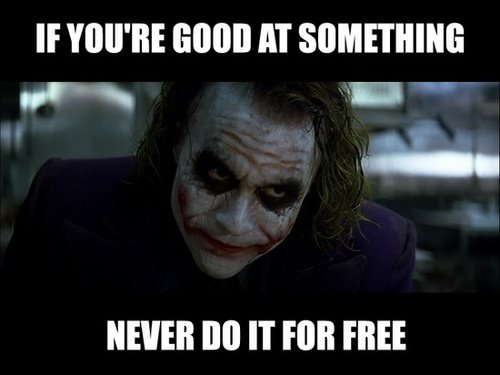 Bobby sat on his bed, and asked: “Mark, what is your story? How your parents react when they know about that you are mutant?”

Mark smiled, and said: “I am an abandoned orphan kid from the start. So, I don’t have parents who worry about me.”

“My main occupation is Thief.”

Bobby face is filled with pity.

Whenever they awaken their powers, most of the time something bad happens.

Some mutants even killed their parents by mistake.

Actually the government always represent them as the evil incarnation, so normal parents got feared when they saw their weird behavior.

“Don’t worry, most of us like that. We are all abandoned by our parents, but now we have our own family.”

Mark nodded towards him.

Pyro didn’t want to talk to anyone, so he just starts using his headphone.

Bobby also starts using his laptop on the bed, and Mark also went to pretend to be asleep.

Actually, Mark is starting to think about all the information he knows.

“According to the newspapers, Tony Stark has not become Iron Man till now.”

“But I don’t know why Wayne industry is in this world. If it is mixed with DC universe as well, then danger multiples many times.”

“It means, Shield is definitely in this world, and this is a mixture of Avengers and X-men world, and maybe DC universe, but I hope this is just my imagination.”

“I have no news about Hulk, that means it was blocked by the military.”

“Thor and other heroes will come in the later part of the story.”

“First disaster will come when Magneto attack Rogue, if this world works based on the movie world. But this doesn’t affect me much, because he will be defeated by X-men team.”

“Soon the second disaster will come when the president got attacked by nightcrawler. That time whole Xavier School was destroyed.”

“It looks like, I have to increase my strength soon, otherwise, death will become a kind of luxury for me.”

“Because too many mutants will be tortured to death by the scientist.”

“Many times, even powerful mutants like Magneto was captured, then what is the value of me who just got the powers of Iceman and Pyro.”

Mark started to have headache in this condition.

Life of mutant is even worse than animals in Marvel world, where the whole world is against them.

“Why God? Why you have to make me a mutant? Am I not doing well with just this system?”

Mark wants to curse, but he knows that it will have no effect.

Soon extracting got completed, and when Mark checked his system space.

Mark immediately clicked on Passive ability folder, and found one card hanging in the middle.

[Ability to be Unaffected from Low-Temperature (Level F)]

“So, this card comes here.”

After checking this folder, Mark checked Active Ability folder, which has exactly as before.

So, after doing that, Mark checked Spare Card folder.

When Mark clicked on the ability card, it shows some option.

Without hesitation, Mark chooses to increase the level on all the ability cards.

Suddenly a cool air floats in his body, and Mark can feel that now he able to use Fire and Ice ability better.

Mark found that all cards in Spare Card Folder vanished.

Mark immediately check his Passive and Active ability folder, and found that all his ability turn into D level.

Mark is really happy that he found some method to level up his ability.

Otherwise, there is no use of having multiple ability, if they are not powerful enough.

Mark also saw that cards are still hanging on Pyro and Bobby’s head.

Without hesitation, Mark once again started to extract.

Mark also found that Bobby’s only B-level ability card is half extracted.

Mark smiles, and started pretending to be asleep.

Mark doesn’t want to sleep because after 2.5 hours, his new ability will be downloaded.

And if he is not wrong, that ability will also transform back to F level. So, he has to once again started extracting this ability.