“Yeah, this is already in my maglev car, okay!” Seeing the red Jaguar flying towards the sky, Allen couldn’t help but laugh, and after careful observation, besides this Jaguar, there are twos and threes of suspended vehicles flying.

Allen couldn’t help but become happy. His changes to this world have initially appeared. In the future, he can definitely change the fate of this world. More importantly, these cars are all small money!

No, this is not the time to think about this, Allen shook his head, then a smile appeared on the corner of his mouth and he whispered: “Look at who is faster!”

Allen also soared into the sky, quickly chasing after Jaguar, who was fleeing in the distance. Although the speed of the maglev car was much faster than that of ordinary cars, and Kilgrave who escaped was crazy to increase the speed, but Allen was still very fast, and quickly caught up.

But because the neighborhood is still a residential area, Allen decided to take a little while and let him fly for a moment.

Soon after, the two chased and fled came to an industrial park north of Los Angeles.

It was past the end of get off work time, and there were not many workers in the park. Seeing this situation, Allen shouted: “Don’t run, go on!”

The Jaguar, who had maintained a short distance, was overtaken instantly. Allen hit the hood of the car with a punch. He understood that this was an important node of the magnetic levitation device. Amidst the screams, Kilgrave fell while sitting in the car.

This is also the reason why the maglev car can get on the road quickly, and its safety guarantee is still very good!

“Come out!” Allen who landed grabbed Kilgrave and threw him to the ground fiercely.

Seeing Kilgrave so afraid of death, Allen was taken aback at first, and then he felt right. When these people rely on their ability to insult others, they are so bullish and feel that they are superior.

But one day when they met someone who could not resist, they were shocked again. This is a typical villain, bullying and afraid of hardship. When encountering such a person, you must not give him a good face, so Allen did not hold back a punch, and hit Kilgrave!

Kilgrave rolled and was beaten out. Allen followed and stepped on his body. Regardless of his painful howling, Allen gritted his teeth and asked: “Don’t howl, no more mess Tell me to kill you and say, why are you stealing my blueprints, why do you want to control Gwen!”

“I didn’t want to do this, someone else asked me to do it!” Kilgrave watched Allen’s big foot stepping on him, not daring to act rashly.

“Don’t be kidding, with your ability, who can control you!”

“No, what I said is true. No one controls me. I do it voluntarily. Only because they gave me a bargaining chip that I couldn’t refuse, and I had to help them steal your design.”

“They?” Allen heard the word keenly, frowned and asked: “Who are they?”

“Yes, Quinn, a person named Quinn is responsible for contacting me!”

“Quinn?” Allen was taken aback. This name is very familiar, and he seem to have heard it somewhere before.

At this moment, two black SUVs suddenly rushed over behind a bright silver-gray Audi R8.

Allen became wary in his heart, could it be that Kilgrave arranged for him to come to rescue him!

The three cars quickly stopped in front of the door of the building behind Allen. As the door opened, Allen looked at the man in black who got off the black SUV incredulously.

“Dad!” Allen yelled incredibly. The person who got off the SUV was actually Phil Coulson. 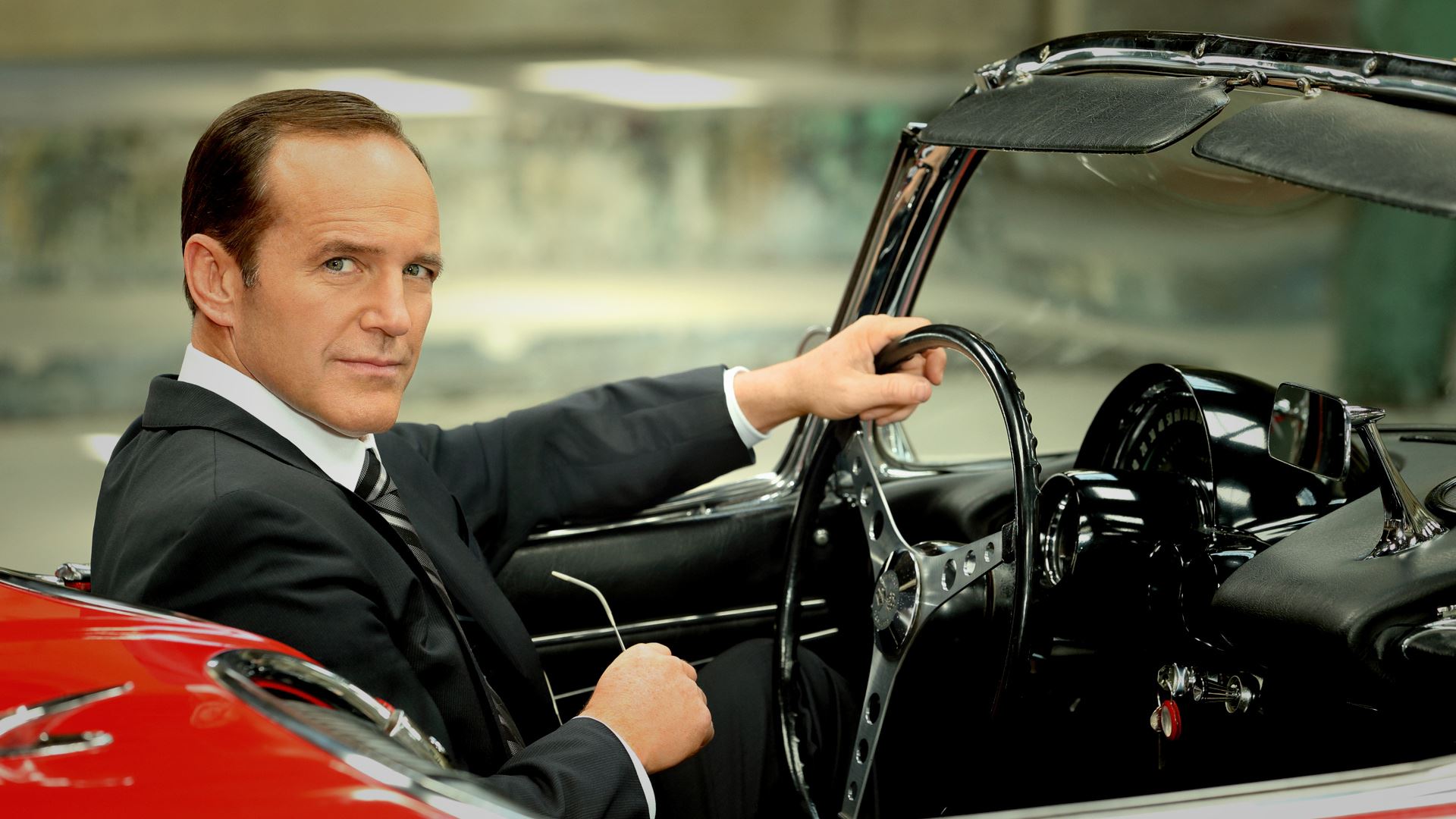 Allen looked down at Kilgrave at his feet. ‘Did Dad come to save him?’

Two titles, one came from Phil, and the other came from a slender white OL female.

Looking at her, Allen turned his head and thought for a moment and said: “Oh, you are Tony Stark’s assistant, Pepper Potts!” 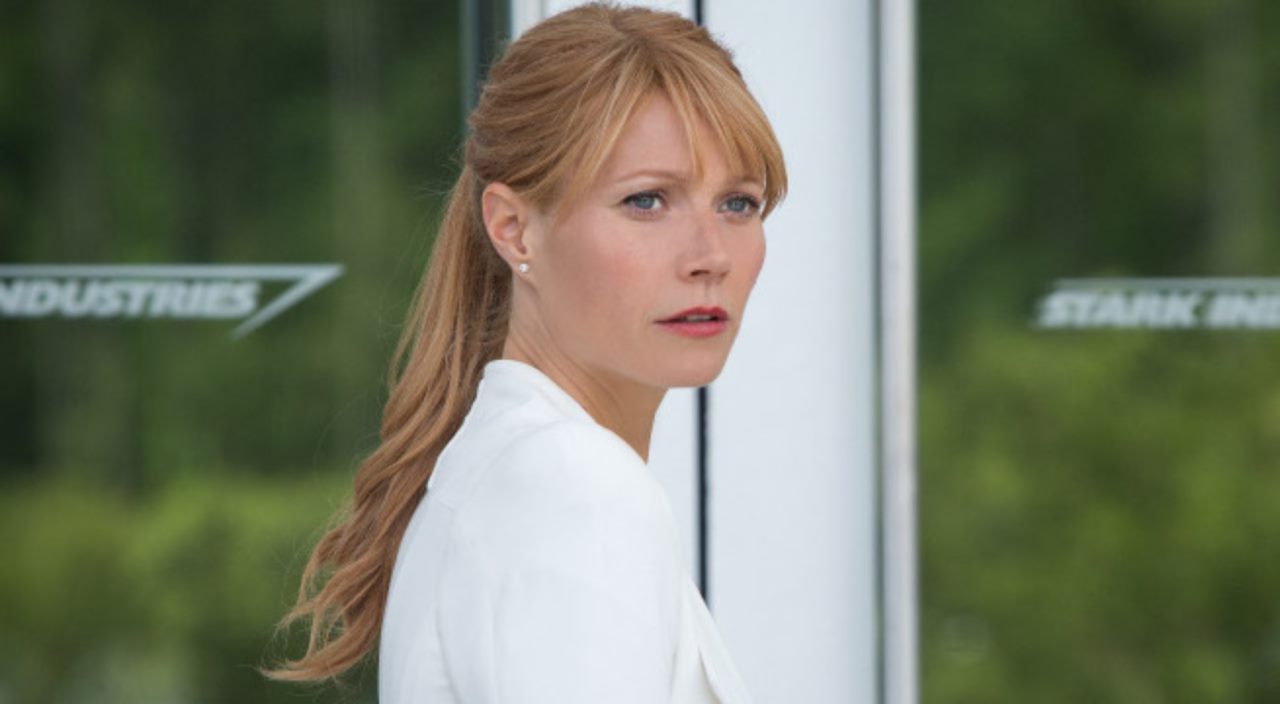 “Yeah, Mr. Coulson, Coulson, Dad… You and Agent Coulson are…” Pepper stared at the two with incredible eyes, as if she had discovered some amazing secret.

“Yes, he is my dad. Are you performing a task?” Allen found that things were a little different from what he imagined. Dad shouldn’t come for himself, it should happen by chance.

Phil frowned and saw Kilgrave stepped on the ground by Allen, and Kilgrave heard Allen’s words just now, and he opened his mouth to shout. Allen stepped on his mouth with a vigilant foot, let him choke all the words back.

Allen didn’t dare to let Kilgrave speak. If he even controlled his father, the fun would be great. Allen pretended to look at the two people in front of him as if nothing had happened and said:

“It’s okay, you guys. If you have something to continue, just treat me as if I don’t exist!”

Seeing Allen’s behavior, Phil frowned. Just as he was about to say something, Pepper hurriedly urged and said: “Agent Coulson, time is too late!”

Phil glared at Allen, and could only leave a hurried sentence: “You can relax a little, and explain it to me later!”

After speaking, Phil took the agents and Pepper behind him into the building behind him.

“Huh~~~” Allen breathed a sigh of relief. Wherever there is such a coincidence, you can meet your dad even by catching someone.

Then Allen turned his head to look at Kilgrave, showed a sneer and said: “What did you just want to say, keep talking!” Allen added a little force at his feet while saying!

“Uh, uh!!!” Kilgrave groaned in pain, with an expression of pleading in his eyes.

Allen vented his anger, calmed down a bit, and continued to ask:

“Let’s continue with your answer just now, who is Quinn? To be more specific, give me more information. How can I only have a name!”

Kilgrave was lying on the ground miserably at this time, not daring to hesitate, and directly said: “The man named Quinn is very strange, he only wants to meet at night, his skin is pale and his canine teeth are very long. I used to control him, know he belongs to a magical species, different from ordinary people, and behind him is a man named Feith.

He sent Quinn to contact me. I controlled Quinn and wanted him to help get the thing, but I couldn’t get it, so I had no choice but to control Gwen and steal your design drawings to meet their requirements!”

Kilgrave usually said everything. The person in front of him could not be controlled by his own ability, and he was extremely cruel. He didn’t want to die, and he hadn’t enjoyed this beautiful life yet!